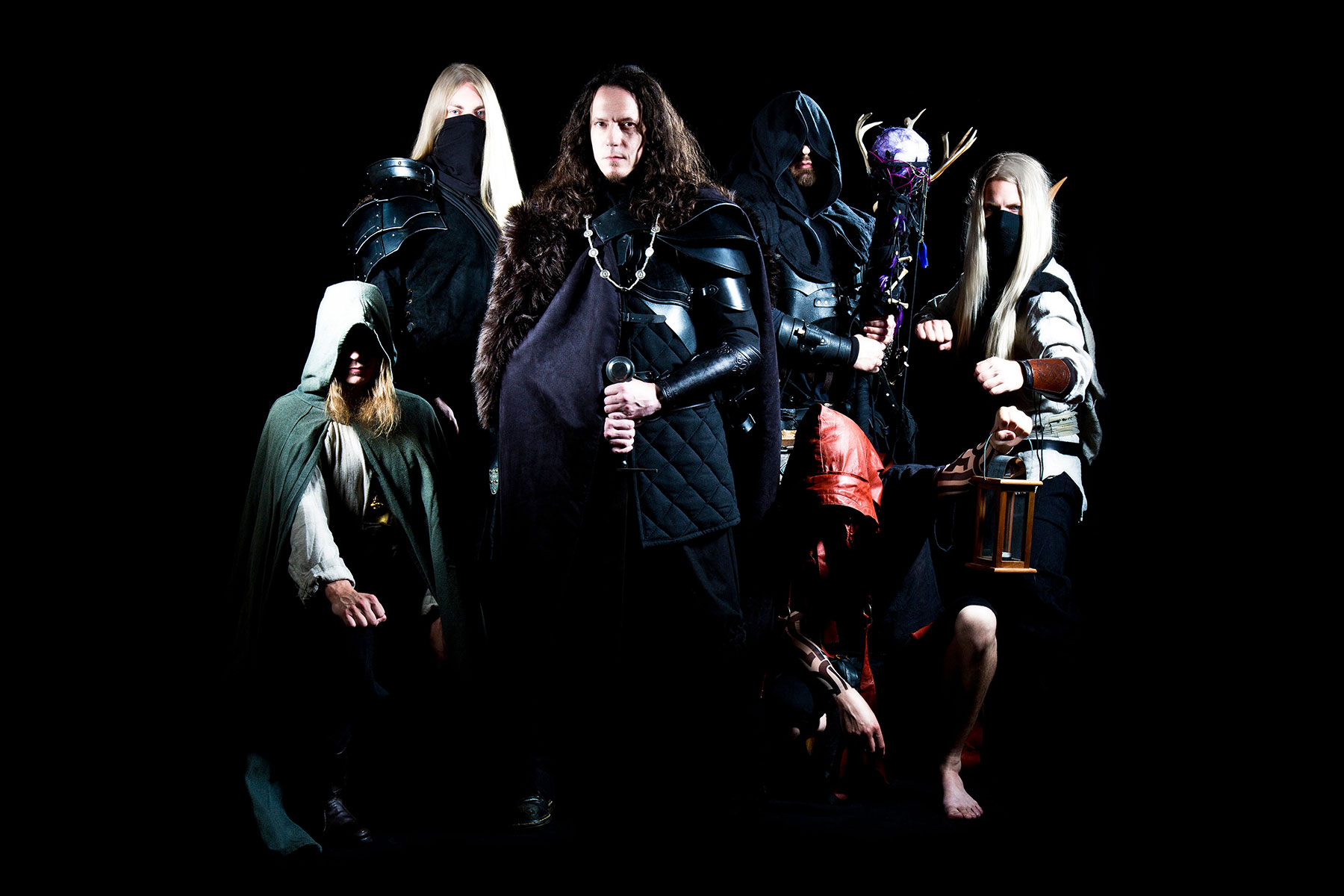 Since the success of SABATON, the world knows, that Falun is the birthplace of many mighty warriors. But the brave Swedes from TWILIGHT FORCE now prove with their second album »Heroes Of Mighty Magic«, that epic metal doesn’t necessarily need tanks and can also be played with a bow and arrow.

In 2011, six fictional characters united under the leadership of front man Chrileon, to bring the dying heart of classical power metal back to life. With the spirit of STRATOVARIUS and RHAPSODY in their bags, they paid tribute to the old school sound of the 90s, yet brought a fresh and modern touch to the genre with their debut »Tales Of Ancient Prophecies« in 2014. A magical world full of myths, adventures and heroic sagas opened up, but the glorious reign of TWILIGHT FORCE has yet just begun. And after sealing a deal with Nuclear Blast in February, the band are now ready to unleash their second studio opus »Heroes Of Mighty Magic«, out August 26. Once again, the six warriors forged the twelve tracks in their own studio, the Twilight Forge. And being asked, what their loyal fans and castle inhabitants can expect from this album, the band show not only a great command of words, but also seek some support from their friendly neighbourhood dragon (c’mon, who wouldn’t?):

“The next opus of TWILIGHT FORCE will be a journey unlike any you have ever experienced. While we are still staying true to the essence of power metal, the songs, sounds and magic adventures have all evolved from the once drake hatchling into a colossal arcane arch-dragon. The time, effort and primordial wisdom that we have invested into this album is truly immeasurable, and we profoundly hope that this will shine through upon our venerated audience.”

With their spectacular costumes being an amazing eye-catcher, the fearless fighters prove with frocks, flowing robes and elven ears that they impersonate every element of their music and spare no expense when it comes to bringing their own legends to life. Therefore it doesn’t come as a surprise that this opus once again gathers magical stories about the fight between good and evil and the adventures of the Knights Of Twilight’s Might:
“It will be a tale of mythic kingdoms, epic battles and ancient prophecies”, the band states. “Stories and lore from The Twilight Kingdoms will gradually be brought to light, and for the first time, the origin and quests of the TWILIGHT FORCE will be partially unveiled.”

But after stripping down the whole image of dragon keepers and taking a look behind the walls of this majestic power metal manifesto, you discover that there is more to those Swedes than just bittersweet legends: Pure honesty and love for untamed melodies is what truly defines this band. TWILIGHT FORCE unites six highly talented musicians, who manage to handle the multiple puppet strings of this grand genre and let the marionettes dance accordingly to their will. With high precision and passion for their craft, the Swedes combine raging guitars with classical acoustic instruments, such as the violin or the lute, melting high volume with soft gentleness, creating a dynamical sound cocktail.

Every melody digs through the deepest corners of the listener’s brain and even though the epicness seems to spread like an untamed wildfire, TWILIGHT FORCE know very well how to control their emitted sparks. This album unveils adventurous tales with entirely unconquered lands, where captivating melodies grow at the side of every path and wait to be gathered. And may it be the entire battle choir of Chrileon’s unique voice range, »Heroes Of Mighty Magic« delivers outstanding vocal moments and easily competes with the performances of the biggest voices in power metal.

In October, the heroes join forces with their label mates SONATA ARCTICA for a big European tour and those who still believe, that virtuosic Robin Hood metal isn’t here to take over the metal scene, will be proven wrong. After listening to this new masterpiece, you might have to watch out for dragons banging against your window in full flight – but this collection of twelve high-speed hymns is exactly the fresh breeze that heavy metal needs in the year 2016.