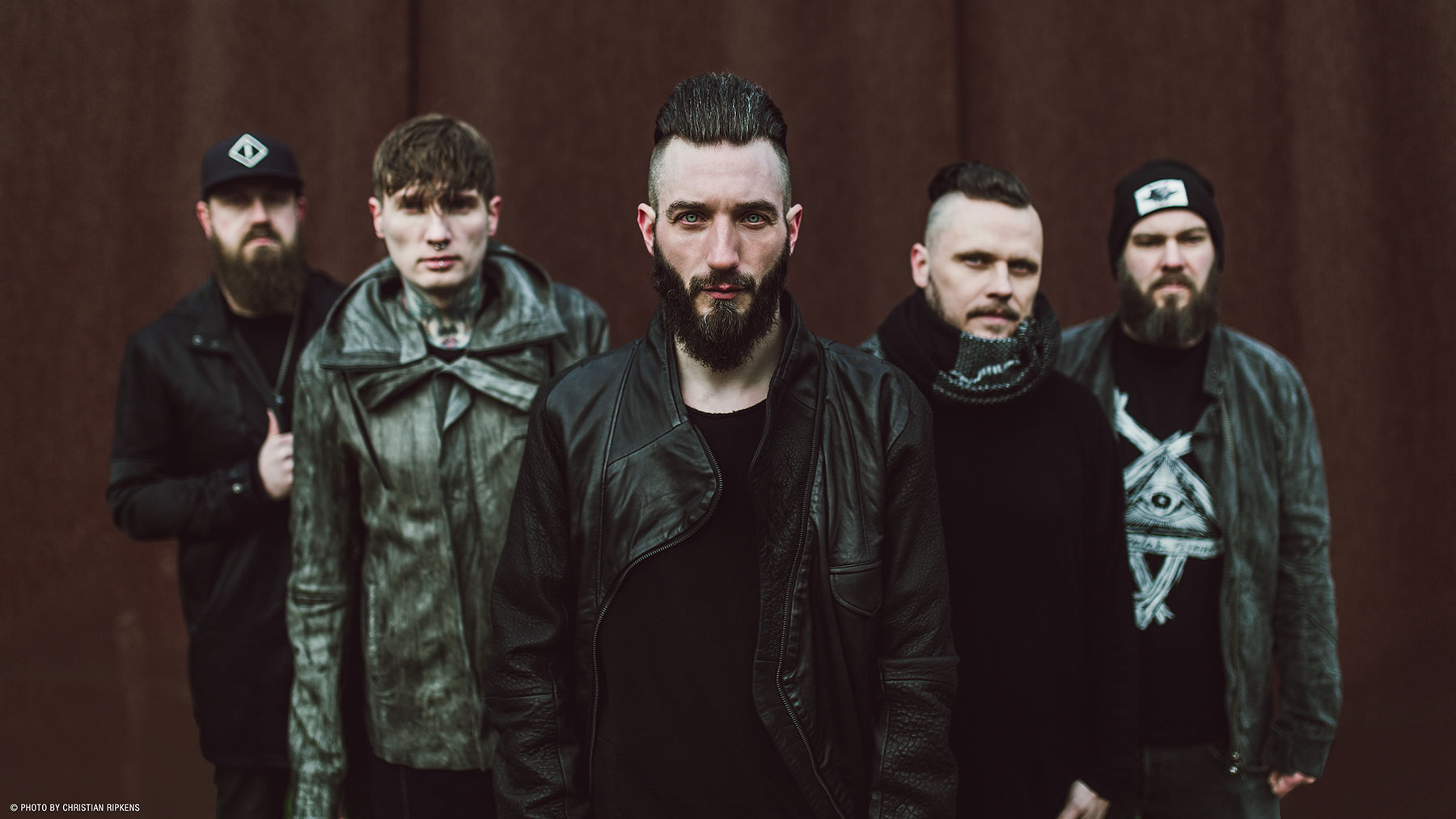 Heavyweights CALIBAN aren’t interested in genres or being pigeonholed at this point. They’ve moved on. But as an integral part of the early modern metal scene in Europe—full-lengths Vent (2001), Shadow Hearts (2003), and The Opposite from Within (2004) cemented the Germans as must-hear, must-see talent—the tag was vouchsafed by fan and press alike upon CALIBAN’s crushing, breakdown-driven music. Now, more than a decade later, the attributes of modern metal persist within the Essen-based quintet’s music, but CALIBAN’s signature sound is informed by a more diverse set of influences. New album, Elements, is proof that the Germans are growing beyond the borders of the genre.

“Elements is a logical progression from the last album [Gravity],” says CALIBAN guitarist Marc Görtz. “But we definitely expanded the range of music [we wanted to incorporate] on Elements. It’s going in extremely different directions. It’s heavier, but also more melodic. Also, Andy [Dörner] is doing all the vocals—harsh and clean—on the new album.”

Written over early summer through the fall of 2017, the main components of Elements took more time to complete due Görtz and CALIBAN’s exacting standards. The guitarist/songwriter says he didn’t really listen to other music while writing Elements. As a result, there are no defining or obvious influences coming into
Elements that weren’t, say, on Gravity. It’s just CALIBAN, broader in scope, heavier in tone, and more melodic overall.

“I started in early summer, writing the first couple riffs,” Görtz remembers. “But that’s not really considered a songwriting session. I constantly collect ideas. Then, I put them together, one after another, until they form a full song. I really try to not listen to too much music while I’m writing a new album. So, I guess there’s not one or two bands that I could mention as influences on Elements.”

As with previous releases, CALIBAN invited a host of guests to appear on Elements. Long-time friends Matthi from Nasty and Sebastian “Sushi” Biesler from Eskimo Callboy added vocals to “Ich blute für Dich,” as did Thy Art Is Murder’s Chris “CJ” McMahon, whose growls can be heard on “Before Later Becomes Never.” But the
biggest surprise was the addition of Brian “Head” Welch, who added his unique voice to the pounding yet epic “Masquerade.”

“We always enjoy having other people on our album because it creates a totally different vibe,” says Görtz. “They add something very special to our music. We’ve known CJ for quite some time. Same with Matthi and Sushi. With Brian it was different. We all grew up with the music he was doing. He was very important to me as a guitar player. I started playing guitar because of Brian. It’s really a childhood dream to have worked with him. Having him on Elements is amazing.”

Lyrically, Elements tackles the pressure of life in modern-day society. From love and hate to hope and despair, songs like opener “This is War,” “I Am Fear,” “Delusion,” “Sleepers Awake,” and the German-titled “Ich blute für Dich” express where CALIBAN’s heads are at in 2018. That these emotions are given symbolic values is something that makes perfect sense on Elements.

“We used the elements Earth, Air, Fire, and Water as symbols for realization, ideas, power, and emotion,” Görtz explains. “These symbols inspire us to continue to do what we love the most, which is to create, evolve, and be inspired by our music. And these elements directly correspond to the cover art, which was done by Marcel Gadacz (Dream On, Dreamer). He did the art for Gravity, so we’re happy to have him back.”

For Elements, CALIBAN brought back long-time collaborator—going all the way back to 2007’s The Awakening— and studio wizard Benny Richter to co-produce with Görtz at his Nemesis Studios. CALIBAN also hired on Germany-based Andy Posdziech (Any Given Day) and buddy Sebastian ‘Sushi’ Biesler, as well as Australiabased Callan Orr (Dream On, Dreamer) to assist in the recording process. Elements was mixed by Görtz and mastered by Olman Viper, whose repertoire includes previous CALIBAN albums I Am Nemesis (2012), Ghost
Empire (2014) and Gravity (2016).

“The production on Elements was pretty different,” says Görtz. “The instrumental side of the production was produced by me, Andy, and Callan. Then, Benny and myself worked on fine-tuning the music. The vocals, however, were produced by Benny, with Sushi acting as a vocal coach. We wanted Benny to focus on the vocals and the vocal production. Getting them right was very important to us.”
CALIBAN’s next steps are prepping for the live dates that will follow the release of Elements, getting out on the road to perform new tracks like “Intoxicated,” “Set Me Free,” “My Madness,” and “This Is War.” Be ready, CALIBAN and Elements are coming for you!